is your PC capable of smoothly running Rockstar's latest? Today, you can find out, as Rockstar has finally released the game's system requirements ahead of a now delayed 24 March release.

This PC release will bring all the benefits of the most recent PS4 and Xbox One versions. That includes the first-person mode and an expanded soundtrack, and, exclusively for the PC version, native 4K support. Just a shame that we've now two more months to wait.


Grand Theft Auto 5's PC release date has been knocked a couple of months into the future to March 24, according to an announcement today on the GTA 5 newswire. The reasons: "testing and polish". Here's there full statement.

"Our apologies for the slight shift in the date but the game requires a few extra weeks of testing and polish to make it as good as can be. Moving a release date is never a decision we take lightly and is a choice we make only when we know it is in the best interests of the game and our fans. Thanks everyone for your understanding and we assure you these few extra weeks will be worth it when the game does arrive in March."

The PC version will come with some extras. It'll run at 4K resolution and comes with a video editor so you can film your own Scorsese crime epics, or create gifs of Trevor falling off things in slow motion. Rockstar also announced the system requirements today, and they're not too bad.

The last minute delay is bad news for anyone who booked time off to play it in their pants for days—ahem—but we can at least spend the extra time daydreaming about the mods we'd love to see for GTA 5 PC.
neto_btu 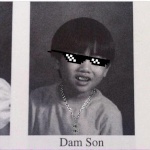