Games running in NEO mode will be able to use the hardware upgrades (and an additional 512 MiB in the memory budget) to offer increased and more stable frame rate and higher visual fidelity, at least when those games run at 1080p on HDTVs. The NEO will also support 4K image output, but games themselves are not required to be 4K native.

The NEO will not supplant the current PS4, but will exist alongside of it and use the same user environment. The PS4 and NEO will use the same PSN store, connect to the same online communities, and offer the same user experience, so expect to see the same cross media bar that you’re used to. Players will be able to retain all of the purchases they made on the PS4.


Sony seems committed to keeping the NEO and the original PS4 player bases connected. As such, there will be no NEO-only games, and Sony will not let developers separate NEO users from original PS4 players while playing on PSN. Likewise, Sony explicitly and repeatedly states that developers cannot offer exclusive gameplay options or special unlockables for NEO players—so don’t expect NEO owners to get a level editor or a special Rocket League car that you won’t have access to on your original PS4. 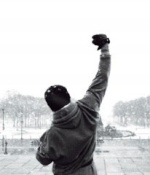 Achei a line up inicial do Wii U muito boa, melhor que a do PS4 e Xone, o problema foi depois..
The Era of Luigi