Overall retail sales down less than 1% year over year.

Software down 28% year over year.

Hardware up 59% year over year

Notes:
--"The NPD Group also confirmed that the Xbox One, PlayStation 4, and Wii U hardware made up 80 percent of the money spent on game-related products in October." 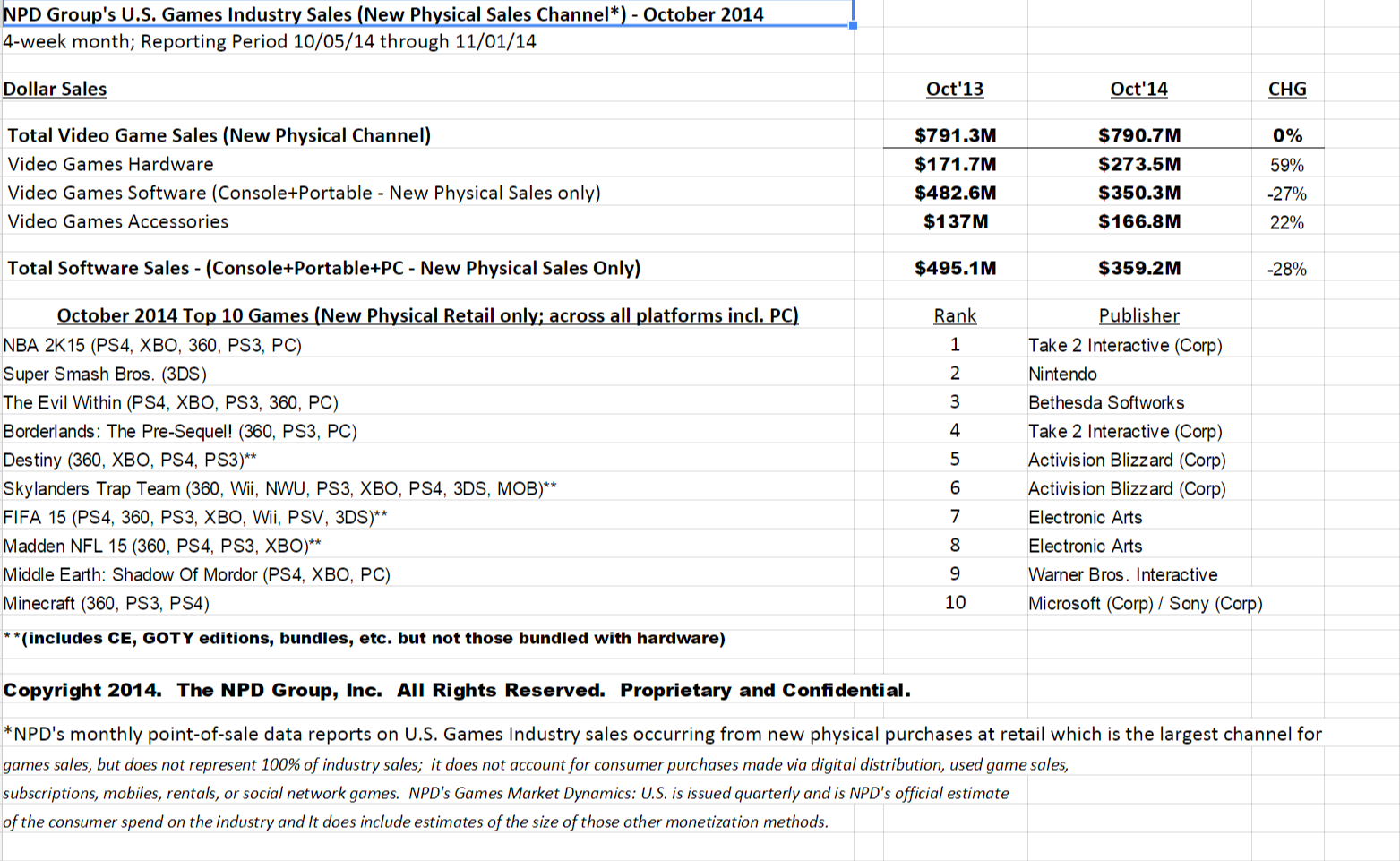 -The Evil Within: "That said, Bethesda still has to consider The Evil Within a success. It set a new record for the highest first-month sales for a release in the “survival horror” genre, according to the NPD."

-Assuming Dead Space 3 is the same genre, that sets the floor for The Evil Within at 605K

Notes:
-“October 2014 marks the first 12 months of sales for the Xbox One and PS4,” said Callahan. “After the first year, these consoles have had a great start as cumulative sales are currently over 70 percent higher than the combined first year totals of Xbox 360 and PS3.”
Vilela

The Era of Luigi escreveu:Sunset QUEM ?