With the Day Zero edition of Call of Duty: Advanced Warfare hitting the shelves right as I’m writing, Sledgehammer Games Co-Founders Glen Schofield and Michael Condrey are holding an AMA on Reddit, providing interesting details about the game.
Schofield started by explaining that getting the game on PS4 and Xbox one wasn’t an easy task:

Just getting the game onto next gen platforms was tough. All new engine and tech, learning our way around that was time consuming but that’s where the three years came in handy.

Here’s a recap of the most relevant details shared:

And if you’re curious about what Sledgehammer’s Michael Condrey plays when he’s not shooting people in the face on COD, here’s what he likes: “Hearthstone, Destiny, anythingNaughty Dog. Waiting for a next gen God of War : )”
Daniel Salles 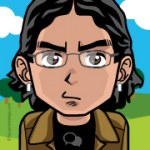 From the Metro Interview:

GC: OK, well from a real world controversy to a very specifically games-related one: resolution.

GC: Is that dependent on the game mode?

MC: That’s dependent on the performance hit of the scene…

Seems to fall in line with what I understood to be a dynamic 1080p frame-buffer.
rodrigolfp 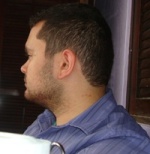