[Sniper Elite 3 on Xbox One]

Screen tearing is what happens when the visuals can’t catch up with what’s happening, and it creates a jarring effect as though the display is shaking.

For the PS4, however, though the contrast is higher, the colors are a little sharper on the Xbone.

Both versions of Sniper Elite 3 could have visual tweaks by the time the game’s release date of July 1 hits, but so far, it’s the screen tearing effect that appears to be giving way to another Xbox One fail. Nobody likes it when the visuals lag as soon as the action gets going.

Even though the Sniper Elite 3 1080p 60fps benchmark is lacking once again on both sides, the PlayStation 4 seems to have the advantage.
rodrigolfp 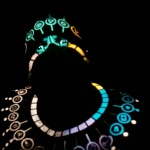