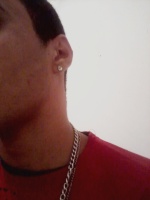 Final Fantasy XV will launch for PlayStation 4 and Xbox One in 2016, director Hajime Tabata told both GameSpot and Eurogamer at Gamescom.

“At the very least, I can tell you that it isn’t going to be released this year,” Tabata told GameSpot. “I think we’ll be able to tell you when we’re making the announcement around PAX Prime, at the end of this month.”

Tabata added, “I understand why people are feeling that way after coming to Cologne and speaking to a lot of the media,” he said. “We really do get the feeling that people are a bit worried. Certainly, one thing I would like to say to them to reassure them, is that we’ve set down the release date, we know when it is, and we’ve got a complete road map lined up, right up to launch, and we’re proceeding along that as planned.

Then, Tabata dropped the biggest hint at the game’s release window. “We can certainly say to people: it’s not going to be 2017. It’s going to be before that.”

Eurogamer notes that Tabata also told them the news “as he mulled over the negative reaction to the game’s Gamescom showing.” Many fans were disappointed at the game’s lackluster showing after previously promising the kick-off for Final Fantasy XV‘s main promotional campaign.

Game Informer contacted Square Enix to confirm the report, but the company wouldn’t confirm Tabata’s 2016 statement. According to the outlet, Tabata told them he’d be disappointed if the game came out as late as 2017.

“Final Fantasy VII (Remake) is not planned to be made with that [Luminous Engine],” Tabata told Nova Crystallis.

“All the plans are now solidly in place both for development and marketing,” Tabata said. “Everything is ‘proceeding very well’ and development is on target.”

Tabata confirmed that the new swamp area shown today is around 70 to 80 percent complete and that there are many parts of the game in the same state.
Spectro 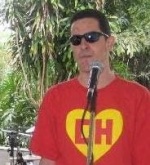